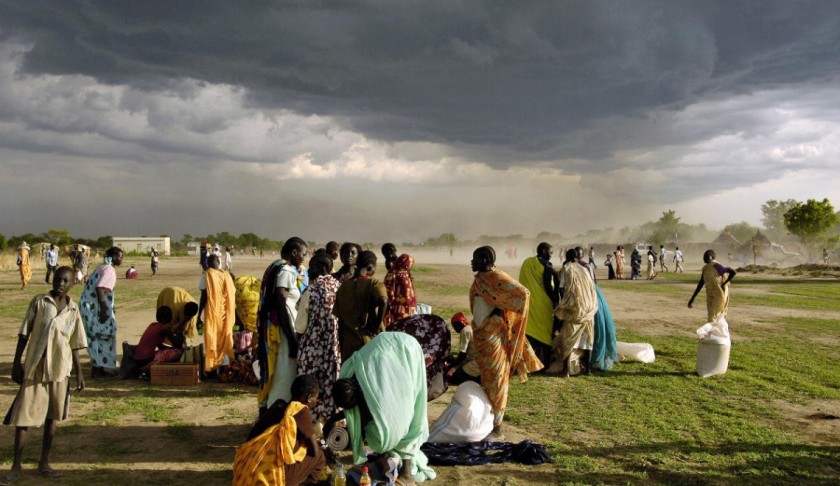 Poverty and humanitarian aid are at the center of this week’s Q&A with a Framing the Global Fellow, Michael Mascarenhas. His project for Framing the Global is Developing Research, Researching Development: Understanding Knowledge Production about the World’s Water Problems. Mascarenhas explained to Rosemary Pennington how he uses the concept of sovereignty to enter his work.

Rosemary Pennington: What drew you to Framing the Global?

Michael Mascarenhas: It is such a unique project, one that seeks to support scholarly research and publication that will develop and disseminate new knowledge, approaches, and methods in the field of global studies.  I thought the opportunity to be involved and to collaborate with a group of interdisciplinary scholars was very exciting.  And, it has turned out to be a wonderful space to develop innovative ways of thinking and approaches to global studies.  All of the Framing the Global fellows are exceptional scholars and good colleagues, which has made the project so rewarding to me and others.

My project examines how the practices of non-profits are shaping contemporary notions of humanitarianism and sovereignty worldwide.  In many ways humanitarianism has not only become a very popular subject it has also become very important to the workings of the global political economy.  This project has given me the support and confidence to explore this new phenomenon through an interdisciplinary lens.

RP: What is your entry point and why did you choose it?

MM: I have found the notion of sovereignty a particularly useful entry point for understanding the global humanitarian complex.  The unprecedented rise of NGOs, combined with increasing decision-making authority concerning how particular humanitarian conditions are defined, whom is to be helped, and how to go about helping them and, consequently, who can be left behind amounted to a new form of sovereignty or even empire.The sovereignty of non-governmental organizations is a special kind of sovereignty, one that challenges the Westphalian notion that nation states are the only sovereigns and that sovereignty is territorially based.  This type of sovereignty is disaggregated, broken up into several distinct functions and assigned to several distinct agencies, which function at several distinct levels, some global, some regional, some local and subnational.  It is this mobile and ephemeral character that makes this type of political power so elusive, and important to recognize.
Moreover, as I try to illustrate, this type of political and economic power does not reign over citizens, per se, but rather populations of people that are described and organized with particular conditions, such as water insecurity, ill-health, or poverty.  The strength of this non-state or petty sovereign power, I illustrate, comes not only from its ability to form boundaries around particular territories, peoples and ideas, but also in its ability to transgress geographic boundaries, translate meanings, and transform value, all in the name of humanitarianism.   Making these invisible sites of humanitarian production visible offers us a glimpse into the workings of the global political economy and the role of crises in both its legitimacy and proliferation.

RP: What challenges have you faced as you’ve navigated the global this way?

MM: There are many but research access has been one that has been particularly challenging.  I am interested in determining how relationships at the so-called executive level of humanitarian policy and practice are developed and maintained.  Anthropologist, Laura Nader has referred to this research strategy as “studying up.”   What if, Nader asks, “in reinventing anthropology, anthropologists were to study the colonizers rather than the colonized, the culture of power rather than the culture of the powerless, the culture of affluence rather than the culture of poverty?” (1972: 289).  Not doing so, Nader argues, is a serious limiting factor in “the kinds of research we are weaving.”
However, there are all sorts of barriers to studying up in the area of humanitarian policy and practice — executives rarely give interviews, and many internal reports are not available to the public.  Now and again, a particular crisis might provide an attentive researcher with some “inside details” that are relevant to the research but that is rare.
Moreover, there are financial limitations to how much one can do fieldwork, particularly when that involves travelling long distances.  In an effort to overcome some of these issues of access, I have examined archival data and financial data of various humanitarian actors.  I have also volunteered on several fieldtrips with international non-governmental organizations and been a participant observer on several humanitarian-type conferences or unofficial gatherings.  The Framing the Global fellowship has helped to offset some of the financial costs of this research project.

RP: In her introduction to the upcoming book, Dr. Hilary Kahn writes that one of the questions scholars of the global are faced with is “How do we know it’s global?” How do you answer that question in your work?

MM: The global for me is less about a particular phase or period, like industrialism or modernity, and more about understanding a particular set of conjunctural relations.  In fact, I often use the term transnational as opposed to global or globalization.

Part of what makes this current humanitarian conjuncture so extraordinary is the way in which the convergence of finance capital, corporate philanthropy, social entrepreneurialism, and business management principles have converged and been reconfigured to solve the most pressing problem of modern society—rising rates of poverty.
With this understanding in mind, my task in my Framing the Global book is to situate the present humanitarian conjuncture within a series of contradictory relations embedded in this new global strategy in the war on poverty.  These embedded contradictions, in financing, employment, and technology to name three, may, in fact, represent a release value to the last forty years of neoliberal capitalism—what amounts to a private civil society version of the welfare state.
This perspective suggests a fresh way to examine the extent to which this new form of humanitarianism offers a modern day coping mechanism that ensures, on the one hand, that new markets are opened up and kept open, and, on the other hand, that demands for social protection are persistently generated.  In locating the multi-layered transnational networks that have produced this particular form of modern humanitarianism we can offer a historically specific explanation of how these contradictions and tensions are first manufactured and then worked out in everyday practice.

RP: How have your discussions on the space of global studies within the Framing the Global interdisciplinary group affected your view of your home discipline?

MM: I am a sociologist by training and often emphasize the social relations and institutional frameworks that shape a particular subject.  And while sociological frameworks have been both informative and comfortable to my analysis, working within the Framing the Global interdisciplinary group has encouraged me to broaden my analysis and perspectives.  The historian in the group has reminded me to think about the historical context of my research project; the artists have reminded me of the power of materiality; and the anthropologists have reminded me to think about agency in a more meaningful way.  Framing the Global has encouraged me to be a truly interdisciplinary teacher-scholar.